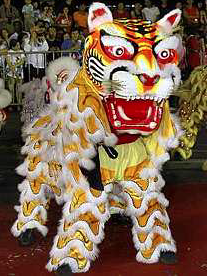 Despite my well-known political left-leanings, I am certainly not a fan of Chairman Mao, the founder and despotic leader of Communist China. However, he was capable of some philosophical insights. His ‘Little Red Book’ was a bestseller, but then again, when almost a billion people had it forced into their hands, I have to rethink my efforts to get my own book published!

The quote above was one that intrigued me from an early age; I wondered what he meant by it. What is a reactionary, and what is a paper tiger? As I matured I began to grasp it. A paper tiger is exactly what it says;  a tiger constructed from paper, which may look ferocious but has no substance. The dancing creations we see at Chinese festivals (which are usually lions, but sometimes represent tigers) come from a practical application of the craft of constructing the colourful costumes. When a lion or tiger threatened the people or livestock of a village, they would make one of these large dummies to parade around (with accompanying noise from drums and cymbals) for the creature to see, to fool it into thinking that there was a much bigger and fiercer rival in that area and force it to move elsewhere.

But what exactly is a reactionary? Someone who is only reacting to something they are presented with that they inherently do not wish to agree with nor accede to. I have come to realise that this exists in all of us, and it surfaces especially when one engages in political or theological debate. We always like to decamp to opposing sides of arguments, and generalise everything into liberal v. conservative, 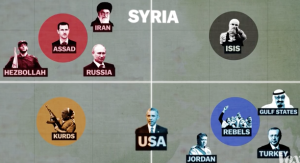 socialist v. capitalist, left v. right, when those of us who try to analyse arguments realise that things are seldom simply two-sided. It would seem to be human nature – it is the foundation of sport, and the most popular forms of spectator sports would appear to be head-to-head battles between two individuals or two teams. This may well be the reason we cannot deal so easily with the crisis in Syria since there are WAY more than two sides involved – here’s a good video that tries to simplify it. 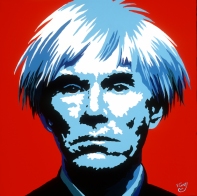 Reactionaries have become far more common in the modern world with social media! Even Andy Warhol, with his famous quip that “one day everyone will be famous for fifteen minutes” could not have envisaged the 21st century where every single one of us with an account on twitter, Facebook, disqus, tumblr, instagram, etc., etc. could claim the stage, grab the mike and express to the world our sudden opinion. Gone are the grand old days of news coverage when the BBC would seek out a university professor who had been given the time to examine an event and offer his expert analysis of what had been going on in some corner of the world. No, now it has to be as instant as the coffee granules in your cup. As soon as the hot water is poured, an aroma of news must reach our nostrils, and so everyone has to weigh in with their own favourite coffee bean blend or brand name. 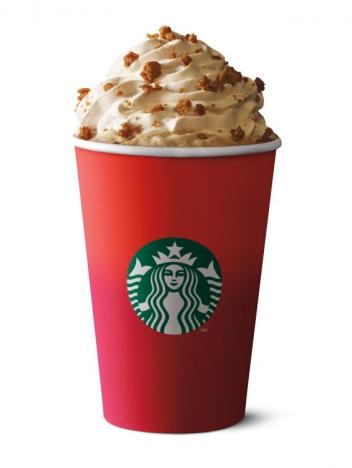 This week’s news from Paris has been a prime example of the circus that we all create when tragedy strikes and tempers flare. I myself might see (or perceive) a position someone is taking that I cannot sanction or silently ignore, so I add in a commentary or video that destroys their position, then somebody else offers a good argument that exposes flaws in the arguments or points in my own ‘statement’ – each one can be argued against with a smugness that ‘we’ are being smart about it and ‘they’ are unprincipled imbeciles! This is exactly what Mao meant! Extreme positions can be brought down by simple counter-arguments, when in fact, truth usually lies somewhere in the middle; in the very difficult ground (or the painful fence!) that requires information,  knowledge, thought, reason, consideration, debate, speculation, theory, analysis… conclusion? Why bother with all that when a good ‘up yours’ stance will do? When we simply assent to be reactionaries by continuing such behaviour, we have no substance, except to stand at the side of a pitch and just hope our team wins the match, and of course, argue that the referee was biased if we lose. Reactionaries are just spectators with no real influence on the outcome. Let us be the game players! Be those who are able to make careful analyses of the game we all play on this globe, devise a strategy that will win, and convince others of it’s ‘winning formula’. The rhetoric of the reactionary is just a paper exercise, and anyone with a match can turn it to ashes.

Of course, Chairman Mao missed the irony in his own statement, seeing reactionaries as those who opposed his regime, but failing to recognise how his own politics were just the revolutionary reaction to the evils that went before, and he descended into his own evils, borne from his extreme stance. I always find myself calling for balance in all things. Does that mean I’m arguing for Centrist politics? No, I actually find Centrism just too wishy-washy, but I do believe that the most effective and lasting forms of government are ones where opposing points of view can fight from their own corner while being able to compromise on certain points – that leads to stronger positions for everyone. It does require a belief in something, though! A solid base from which to argue; a soap box on which one can say “this is what I believe”, not “I’m against this…” Our politicians in Northern Ireland are notorious for saying ‘no’ far more often than they say ‘yes’! 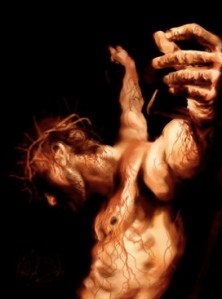 Me? I believe in Jesus!

That should affect everything else I say and do.

GemmaRuthBrown.com
The Ministry of JC