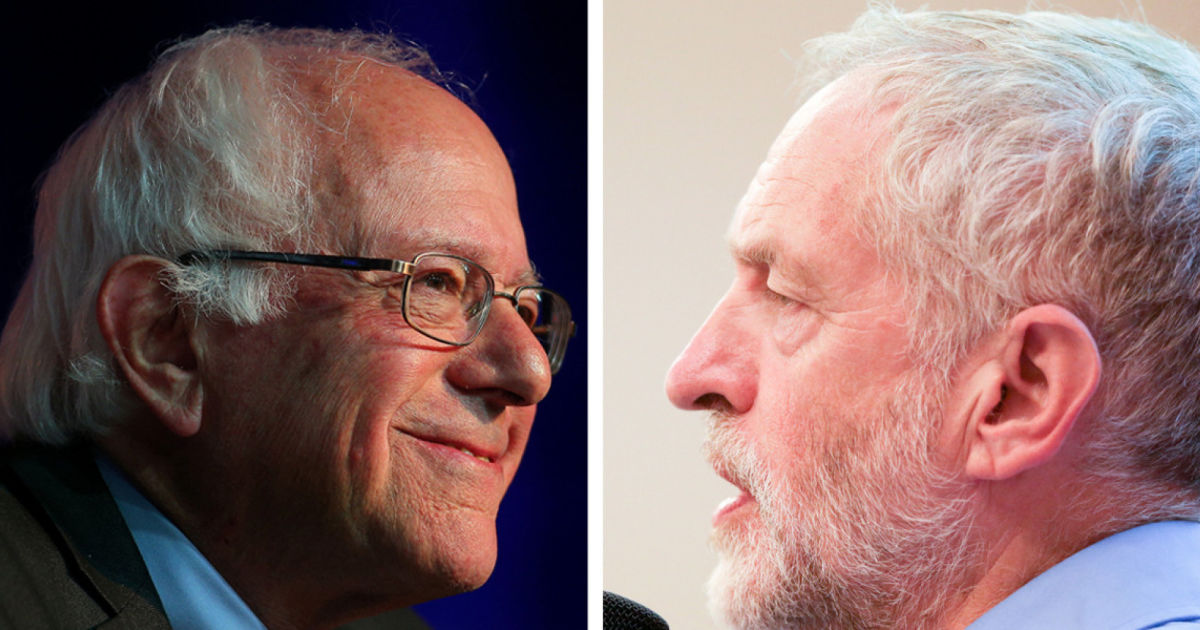 I come across this word in the media every now and then. It is applied to Jeremy Corbyn, and to a lesser extent to Bernie Sanders in the US (but maybe I just don’t see it stuck on Sanders as often due to geographical location). I wonder what they mean. It would imply that a nation just could not elect them to the top office, yes? Then I think; “hold on, if enough people cast a vote for them, they will be elected!” and realise that ‘unelectable’ could not mean what it says. Who would be truly unelectable? My neighbour’s cat! As far as I know, and I’m pretty sure I’d be right, you have to be a human in order to stand for election; other than that, I’m hard pressed to think of any other reason. Even a prisoner languishing in jail can stand!

No, they must mean something else. They must be stating that to elect such a person, one would need a whole nation of eejits or at least enough people of a very low IQ to make such an election possible. Then I think; yeah, there are plenty of those voters around. Donald Trump, for the best example, would require a very large mandate from uninformed airheads in order to beat the ‘unelectable’ tag. As would Nick Griffin. For me, to a slightly lesser extent, would be Nigel Farage. However, I’ve yet to come across the label being applied to them! Is this an attempt to preempt our thinking and make us believe that certain politicians are really someone we, the people, must not vote for, since they are just quite simply in that category: unelectable!?

As far as I recall, we are in the democratic Western world. We can elect whomever we like. We do have a vote to use in an election, and can use it regardless of any label or slur or ridicule anyone else applies to our chosen candidate. Trump may seem to me to be ‘unelectable’ but the truth is that, were enough US citizens  to cast a vote for him (were enough Republicans to have nominated him), he could become the next President of the USA! Therefore he is certainly not unelectable. He’s an absolute moron, and probably has the potential to be the most dangerous politician of the 21st century, but he’s no more unelectable than anybody else. Just like Adolf Hitler! Anyone who can vote for him is welcome to, if they so choose; that’s democracy.

As for me, I shall choose to vote for whomever I choose to vote for, whether or not they carry an ‘unelectable’ label chosen by someone else!…. No! Hold on! I forgot for a second there that I live in the totally disenfranchised political backwater of Northern Ireland, where the choice is between Mickey Mouse or Donald Duck (or Goofy if you’re brave enough). I’ll probably just write ‘NONE’ across my ballot. Again!