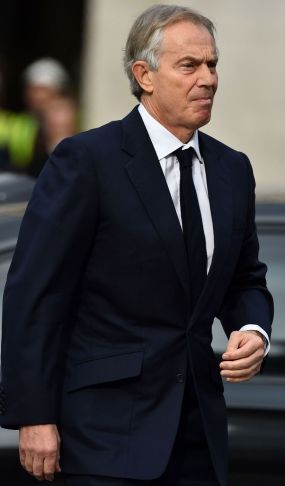 Here I go finding links again! What has Chilcot got to do with disestablishmentarianism, I hear you ask? You weren’t asking that specifically? Well, here goes…

Amidst all the conclusions, recriminations and finger-pointing going on right now, what stood out to me was a comment by Claire Short, who was a member of Blair’s cabinet and was opposed to the Iraq invasion. She said that Tony Blair was determined to stand with George W. Bush on the matter and was convinced that going to Iraq was the right thing to do, thus leading to a preference for the intelligence reports that favoured that decision and a dismissal of other voices.

Something I bang on about quite a bit is ‘confirmation bias’ since it affects a lot of things we say, do and believe. We have certain convictions within ourselves that we hold to firmly. These are the sort of things we hold ‘sacred’ and would need to undergo a huge change in ourselves to abandon, or even question. When these things are challenged, we immediately become defensive, and try our best to seek validation for our beliefs, to the point that we choose to ignore glaring truths that we are faced with, just because they undermine these sacred things we treasure. While I describe myself as a definite ‘questioning Thomas’ who is always posing the questions others dislike or avoid (the childlike ‘WHY?’), I too have a degree of confirmation bias. It exists in us all. Acquiescing to such unpalatable truths is never comfortable.

So I can see how Blair fell into his own bias trap by making a gut decision before all the information was in and digested. Maybe he had Thatcher’s advice still ringing in his ears: “Great leaders lead by conviction, not consent!” That’s only true if you consider dictators and tyrants to be ‘great’! True democratic leaders recognise that they are not perfect, and are capable of making fallible decisions, so submit themselves to the rigours of democratic consent, and the voices of the dissenters. Only the bad ones surround themselves with ‘yes men’ (like George W. Bush). Admission of our fallibility is the starting point of the Christian journey, is it not? Blair counts himself as a religious man, so why did he ignore that basic belief at that crucial time of decision?

I see the results of this bias almost every day. My fellow evangelicals have a set of beliefs that spring from their faith, which they count as vital core parts of their faith. They believe a, b, and c, so then it follows that d, e, f,… right up to x, y and z must be true too. They post on social media about all these various things. I reply that they’ve latched onto a hoax or an exaggeration. 9 times out of 10, they react badly, and reject my claim, no matter how factual it is. Saddens me, since we all follow Jesus, who is The Truth. I cannot comprehend how holding on to something false has any positive effect for the holder, the hearer/ reader, or our faith (or society in general!)

And so this is why I maintain my core belief in the separation of church and state, as has been maintained in many 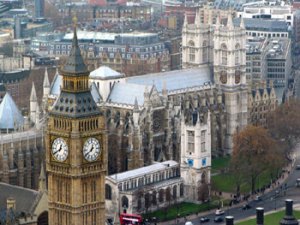 branches of Christianity, not least the Baptist school of thought. If we allow any ‘church’ or any part of the Christian church in the world, to have political power, then certain convictions they hold will be subject to become state policy, and who is to say which convictions are right, and which are wrong? In a plural society, under the overarching belief… no! strike that… the overarching fact that not one of us is infallible (except The One), we all need to find common agreement on things.

My convictions of faith are mine, and I do seek to convince others that my faith is true, and convert them to following Jesus, but any decision I make in regards to politics or the society I share must recognise that many things I hold true are not so for others, and may even be unfounded! I know which things are certain in my heart, but even those are simply personal and not universal. Just surrounding myself with ‘yes men’ who concur with all my convictions will not change that fact.

Tony Blair failed as our PM right at the most important time we needed him to make a decision, simply because he had convinced himself of his motives. What does our scripture say about that?

Fools find no pleasure in understanding
but delight in airing their own opinions. (Prov. 18:2)

Do not get me wrong; my values will always shape what I say, do, act, vote, lobby, campaign or petition for. However, I exist as one individual in a society of voices, and we will never agree on everything, so listening to those voices, and understanding them, is vital for righteous living, in my humble opinion.