The second Christian Rock band of my youth was called ‘Into the Light’ (in between ‘Heart & Soul’ and ‘Sword of Gideon’). We played the local club scene (the local church youth club scene!), as well as a few bigger venues, including a capacity Ulster Hall. We heard later on of another local band called ‘Out of the Dark’ and we considered doing a tour with them under the title as above. I’ve waited all these years to be able to use that phrase! It has been a long journey, and I feel like I’m emerging out of a long funk of negativity that has come from various sources. One of these has definitely been the effects of dispensationalism. Yes, I often get the ‘dis-pen-what!?’ response. This is the fifth (ETP5) of a mini-series of blogs, as well as a couple of others that touched on the topic, and it marks a moment of clarity for me that I’ve realised as certain facts, but not a full-blown epiphany.

This week my wife asked me “Could you not blog about something nice?” OK, love! Here’s a lovely picture of some kittens:

I love cats! Now, back to the grumbling…

A good old friend came to see me, and using the experience of his psychology degree, told me that I had ‘anger issues’! I said categorically that I had not, flew into a rage, and told him to never darken my door again!

No, I didn’t. My friend qualified what he said to me by pointing out that we all have things that anger us; certain things that push our buttons, and we all do well to have something that is termed ‘catharsis’ i.e. a way of overcoming such anger or venting it safely, and he knew that my catharsis is writing, or specifically, blogging. I know that I did have genuine anger issues when I was a young man, which went back to a traumatic incident when I was accused of a crime I did not commit; a good therapist found that out for me and helped me simply realise it and let it go. Now in my life, there is actually only one thing (or one person) who can get my blood boiling and invoke images of destruction in my fallen mind, but my catharsis for that is to laugh at him. 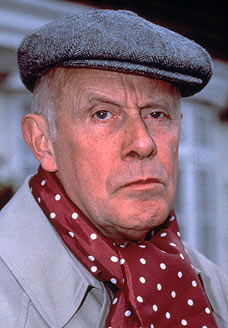 To placate my wife, I checked: of the 116 blogs I have written so far, only 90 could be said to be negative rants. So there! I’m not always a grumpy old git!

Then last night I watched a film I had recorded: ‘Yes Man’ starring Jim Carrey. It’s an average gentle romcom, neither Carey’s finest nor funniest performance, but the premise was about a man stuck in a negative frame of mind who never said ‘yes’ to anything who went to see a modern guru who convinced him he needed to say ‘yes’ to everything… you can guess the comedic consequences. The premise was good, and it reminded me of some wonderful passages of scripture e.g.

Why, my soul, are you downcast? Why so disturbed within me? Put your hope in God, for I will yet praise him, my Saviour and my God. (Psalm 42:5)

Thoughts ran around my head all night until, unable to sleep, I just had to write this! Now I am not a disciple of ‘The Power of Positive Thinking’ of Norman Vincent Peale (though some of his thoughts are worthy), or any modern equivalent guru, nor do I give any credence to the ‘name it and claim it’ nonsense of the likes of Womack or Copeland; let me put that aside right away! However, there are plenty of scriptures that exhort us to remember the benefits of our Lord, to focus on what good we have in our lives, and this is why I enjoy being in the worship ministry, since it ministers back to God, and I can help others to do this, to be positive and thankful. As I already blogged about two years ago, worship is the only thing we give to God that was not a gift from him in the first place – it is completely ours to give!

Where this fits into positivity (or ‘saying yes to everything’) in our lives, for me, is in the links between:

But the fruit of the Spirit is love, joy, peace, forbearance, kindness, goodness, faithfulness, gentleness and self-control. Against such things there is no law. (Gal. 5:22-23)

It dawned on me that were I to be a more positive person in sowing such fruit as liberally and as often as I could, would I not reap more back? This is not anything like karma as found in Eastern religions like Buddhism, since while it contains a spiritual principle (and it possibly can), it is basically ‘godless’: I am called by God to display the fruit of the Spirit of God who resides within me and directs me. I’d like to think that in the presence of others, I do share things like joy and peace (in between my bouts of grumpiness!), and display kindness and faithfulness, but the key here is motive. Karma does allow for that, though how it works without an arbitrating divinity escapes me. This comes across as similar to the appeal of NV Peale, who does include God, but actually higher than the prosperity preaching we hear in some megachurches and on our televisions so much, since the motive there is to get something back! Though it’s not just a sham, it’s also a scam!! No, my original question was never about ‘getting something back’ but a dawning that a life lived bearing such fruit will simply please God, and as a Jesus follower, this is exactly where my heart needs to be, and should be basically all that I pursue. The reward is not in receiving ‘blessings’ but in finding fulfilment. No? Compare someone who preaches from their bible without displaying any of this fruit, with someone who lives out what they have read from their Bible – which is more effective?

Here is how this fits in with me perfectly at this time in my life: my emergence from the darkness of dispensationalism, and how my own ‘worldview’ has changed! To save going over old ground again, let me just say that dispensationalism is just the prevalent interpretation of end times prophecies that can be found in a large number of evangelical churches in the world today. I have already spoken against making predictions about the Second Coming (ETP1), how I discovered for myself that ‘the Fig Tree’ is not Israel and then that I was not alone (ETP2), then a particularly angry blog where I ripped Hagee’s ‘Blood Moons’ garbage to shreds! (ETP3), how it was incorrect predictions that caused the Jews to miss the first appearance of the Messiah, then a brief warning (from Jesus’ own command) to stop saying ‘The time is near‘, and confirmation from an unexpected source that things are not really ‘getting worse’ (ETP4). If you’re up for a lot more reading, just look up dispensationalism on wikipedia and click away on all the links there for a day or five! If you want a quick dismissal of one of the favourite things of dispensationalism, the ‘secret rapture’, which has spawned films (the most recent starring Nicolas Cage!!), just read Luke’s account of where those who are ‘taken’ will be found (17:34-37).

While I was never a devotee of dispensationalism, nor a student of end times stuff (until recently), I was certainly caught up in the prevalent worldview, which was that it’s all just about to fall apart, any day now, and the more ‘bad news’ that we hear, the closer that great day is to us, and we should practically be rejoicing in our anticipation, while we shore ourselves up in our church buildings like arks in the troubled sea of the world, but implore drowning people to get on board and join us in our mutual hugging that we’re now saved from the devil’s domain, and cower in the belief that we cannot swim, and the fear of getting wet again. Yet while there are people dying in the world without knowing Jesus, there are also good things happening in the midst of the ever-present sin and evil, and there is so much more good that we can do towards our fellow humans. While we continually think about tomorrow, which could be the day Jesus does come back (and I believe it, just that it will certainly not be silent!), we forget about today, and thus we lose sight of how we can live, and what we can achieve today!

I want to get wet!!!! Jesus himself admonished us:

Therefore do not worry about tomorrow, for tomorrow will worry about itself. Each day has enough trouble of its own. (Matt. 6:34)

As I sat down to start this blog on an insomniac early morning, just before sunrise, I played some favourite tunes on my headphones to save disturbing my family. This is one of the songs that came up; one I have been forcing myself to sing along with when I get down….

That this good day, it is a gift from You
The world is turning in its place
Because You made it to
I lift my voice to sing a song of praise
On this good day”

P.S. While I personally wish this to be my last ETP blog, I somehow doubt it!