The first of the Ten Commandments is often quoted and preached upon, and while it applied to Israel in a time they were tempted to worship other gods or go after them for blessings and assistance in some matters, I have often heard that it should apply to us too, since we may be capable of placing other ‘things’ before our Lord and allowing them to be ‘worshipped’ in some way. One might argue that is a bit of a stretch if you are talking about things which are naturally important to us and prominent in our lives, like family or jobs. However, Jesus did make a stunning declaration about following him:

“If anyone comes to me and does not hate father and mother, wife and children, brothers and sisters – yes, even their own life – such a person cannot be my disciple.” (Luke 14:26) 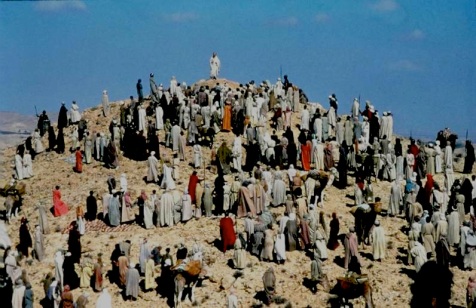 Many have tried to downplay the word ‘hate’ here as if it means ‘love less’ or ‘make secondary’ yet it is the word miseo, which means ‘hate’! In the context of ‘everything else Jesus said’ of course, we have to find an explanation of it, since we are commanded by him to love absolutely everyone! Why would we be commanded to love our enemies, yet hate our own family? Best answer I can offer is that the natural ties we have are to be regarded as below ‘loving others’, so our devotion to our families must be no more nor any stronger than our love of anyone else; we should love all people equally. Interesting? Something to ponder?

What is clear, however, is that Jesus demands our devotion to him first, and that he is not to be equated with devotion to anyone or anything else. An alternative translation of the first commandment is ‘Thou shalt have no other gods beside me’ so that would fit with the idea that God has no equal, no partner, no cohort he will allow to be venerated or worshipped like him.

Fair enough? Let me suggest a common mistake many make regarding this commandment. Some time ago, while I was still a freshman (as they call it in the US) at Bible College, I came across a woman who believed that John 1:1 ‘In the beginning was the Word, and the Word was with God, and the Word was God.’ meant her Bible! I was surprised at myself that I suppressed a laugh, since I had this picture in my mind of a black leather gilt-edged KJV sitting beside God at the beginning of the universe! I quietly explained to her that ‘the Word’ here is the pre-eternal name of Jesus [note: capitalised (in English)]. He is the one who was both with God, and was God, from the beginning and will be forever. By equating her Bible (the word of God) to being the Word, she was actually allowing it to not just be with God as I had pictured, but to be God (that is what John 1:1 states). Does this mean then that when I read my Bible, I hold God in my hand? Or within the app on my phone, in 64 different versions?

While this may be something we can laugh over, I have come to the conclusion that it is more serious a problem than one might first think. I know plenty of believers who adore their Bible, talk about it in ways that you’d think was reserved for lovers or family members… and right away I recall that command Jesus made about family! If nothing is to come between us and God, or to be equated in reverence with God, then this must include our Bible! Please don’t ask for a Venn diagram of that – our Bible sits squarely within the box marked ‘everything’.

The Jews hated idols, just like the Muslims do today. They were commanded not to worship them, and they strove to have no graven images to which they bowed or showed reverence, but human nature being what it is, they had to have some tangible thing to sit in awe of, in their synagogues. So they created special manuscripts from specifically prescribed forms of hide, written in a specific mixture of ink, which were not to be touched by vile human hands or anything else debase, so they made silver p 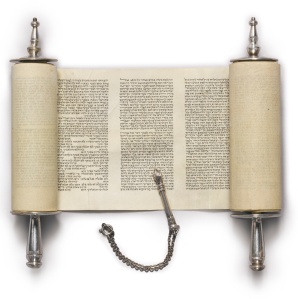 ointers… were you to drop one of these scrolls on the floor, I am sure you would hear gasps of horror! Some Muslims do exactly the same thing with their Koran, wrapping them in beautiful silk scarves and handling them with such delicate care. Do Christians do the same? I did know of believers who were shocked at the idea of me tossing my old worn-out Bible into a bin once I got a new one! What was I supposed to do? Burn it on a ceremonial barge on the river Jordan with prayers? Revering the paper and ink IS idolatry, sorry!

However, I do love my Bible! I read it constantly, and try to find new things I can learn from it, and strive to live by what I glean from it. Thankfully, the English word ‘love’ can be used for anything from ice cream to God, so when I say I love something I know I don’t love it more than I love Jesus. Or can I be sure? If it is possible for me to fall in love with someone, or some thing that I love doing, which distracts me from following Jesus, then can it also be possible that my Bible could distract me too? There may be many ways, but the question raised surely is this: “if my Bible is simply the words of God in written form, then how could that be possible?” Right away, I arrive at the kernel of the issue as I see it. The ‘standard’ position of the fundamentalist who holds to ‘inerrancy of scripture’ on this is that ‘every word of our scriptures has been written by God’. Known as ‘plenary inspiration’ (a good description here), it ascribes God’s inspiration to the complete Bible as we have it today, and decries any attempt to ‘water that down’. This is perfectly understandable since we do not wish to allow a ‘take what you want and ignore the rest’ faith in Christ (even though many who maintain ‘inerrancy’ do so with some commands they don’t like!), but while I have never held this ‘plenary’ position (which is not the default position within the whole church and never has been), I have never been one to take a pair of scissors to my Bible! I prefer what scripture says about itself, that it is all ‘God-breathed‘ (2 Tim. 3:16). I see the hand of God and his redemption story and plan throughout, from Genesis to Revelation, but many parts are limited in understanding simply due to the human writers, since it was written by people of an ancient time, who had limits on knowledge and a lack of things we now know. Therefore to find an ‘archaic’ view of something in my Bible is not a problem to me; I don’t need to explain it or defend it. However, many believers, fixated on their irrefutable plenary doctrine, tie themselves in knots defending what is text on a page of a book, in the belief that they are defending their faith, or even defending God!

Let’s take a couple of examples for illustration: in the book of Job, we have a record of God speaking to Job where he asks “Have you entered the storehouses of the snow or seen the storehouses of the hail…” (Job 38:22); we now know that God does not have ‘storehouses’ of snow or hail. We know how they form now, through our study of meteorology. Of course, everyone says that this is metaphor/ poetry/ allegory, even though it is a record of God’s actual words to Job. So was God revealing a truth to Job according to his limited understanding? Then we encounter the creation account in Genesis: this is taken as literal by so many who would easily accept the metaphorical aspect of the passage in Job, yet reading Genesis 1 without the blinkers of devotion can see clearly that it is the description of a flat earth at the centre of the universe, with night and day occurring before the creation of the sun and moon. Why is there this ‘blind devotion’? It might be because it belongs to the Pentateuch/ Torah, the first five books of our Bible also known as ‘the Law’. From some Jewish tradition we have inherited, it is part of that ‘given’ to Moses directly by God, yet there is no support for this (and Moses even dies before the end!). So much of this comes from cultural tradition and not a direct reading of scripture. It’s all supposed to be literal historical narrative, yet in my evangelical Bible College, we studied the first 11 chapters of Genesis separately to the rest – chapter 12 is when the famous Abram appears (later called Abraham).

I do ponder how some parts that we can now see with modern knowledge can be accepted as not literal, yet other parts cannot! What is it about the creation account that it just must be adhered to? I’ll not go into any speculation about politico-historico-cultural stuff here, but my point is simply this: in trying to explain our faith to non-believers, do we not realise that an insistence on a literal reading of Genesis 1 is perceived as one of the most idiotic stances in the 21st century? If we try our hardest to state that every word is literal, and that it is not describing a flat centric earth, is that not just plain denial? If we apply a rational mind to it, then surely a realisation must occur! To continue in this conformity, then is it not akin to ignoring or covering over the truth? Is that not a description for lying?

For me, it truly is a blind devotion, by faith, and that means that your faith in a book is unshakeable (even though you’d be prepared to forego the ‘storehouses’ reference in Job!), and right away, I worry. I worry that such devotion that should only be reserved for God and God alone, is given to what is an object on our shelves or a program in our computers and phones!

I actually don’t want any debate on this – I’ve had enough over my life! I know where I stand on this issue, where I have always stood, and it has never affected my faith in Jesus as my Lord. I simply want fellow believers to consider what they’re doing. If you are not ready to accept it, I’ll leave it there.