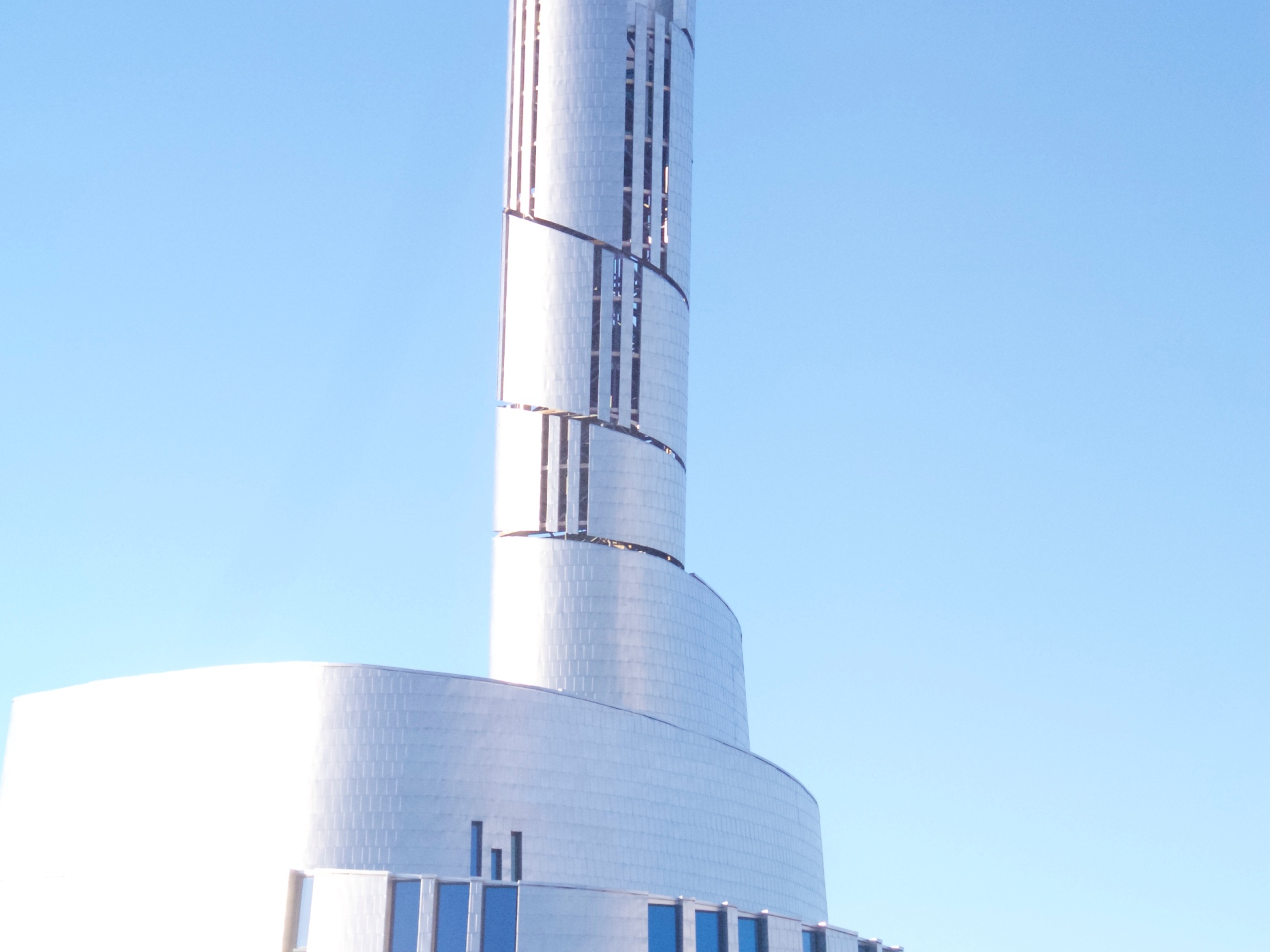 On Sunday, I visited the town of Alta, the capital of the northernmost Norwegian county of Finnmark. This was where the Northern Lights was first studied scientifically, so the Evangelical Lutheran church (formerly the state church until a separation from the state last year) built a modern ‘Cathedral of the Northern Lights’, with a basement display of the history of the folklore and scientific understanding of the polar phenomenon.

My wife and I were on a cruise in lieu of our previous 30th anniversary to see Norway, and being winter, hoping to see the Northern Lights for the first time. We were not disappointed! A young member of this church told us we had witnessed one of the most ‘dynamic’ displays they had seen, as I remarked to him that I found the lights to be changing more rapidly than I had first believed: I was right to be surprised! Bucket list ticked, but I wish to see them again in even greater splendour.

What was also most memorable, for me, was the brief conversation I had with Philip, the tall young blonde Nordic lad. He revealed that he had come from a pentecostal background and had spent three years at Bethel, the source of much of our modern worship songs which we use in church. That surprised me since I found the Lutheran service in the cathedral very liturgical and ‘high church’: the priest (though female) was in robes, knelt behind the table while praying, recited a liturgy with interspersed singing from the congregation prompted by the choreographed pipe organ… although it was all performed in the Nordic language unknown to me, I was able to recognise the Lord’s Prayer by the rhythmic chanting they all engaged in together. Since my wife did not pick it up, it may well be my linguist’s brain deciphering that, but I felt a resonance, amidst the ignorance of the wording of the service, that here was yet another expression of faith from fellow followers.

I had a very similar experience in 1989, on my Bible College field term in Salta, Argentina, with the Anglican church: the archbishop of the northern diocese in his robes, reciting in Argentinian Spanish at a time I was only learning the rudimentaries of standard Spanish. These two places could maybe not be more strikingly different in many ways. Salta was a town in one of the southernmost countries of the world, bathed in 35C heat, in a culture of heated passion (the birthplace of the tango, one of the hottest ballroom dances you will witness). Alta was in one of the northernmost countries of the world, frozen in -14C cold, in a culture of pragmatic survival and ‘coolness’ in the face of potentially fatal winters. Norway have just confirmed their dominance on the Winter Olympics medal table, and noticing the practice of placing lights in all the windows and not closing curtains tells me they have a culture that thinks of the stranger in the snow who might need that beacon of hope to find safety on an unfortunate night.

But the commonality of faith pervades. In Argentina, I discovered a pentecostal church more enamoured with healing and ‘signs’ to be performed, than with simply reaching the lost, healing the soul and feeding the poor. The Anglican church had taken up that mantle, being more ‘evangelical’ in its outreach to the community. Philip represented a young generation in Norway that appeared to me to have experienced pentecostalism but had decided to join an ‘old’ church and seemed to be happy, balanced and outgoing. He also assured an old disestablishmentarian that their separation of church and state had been received very well on both sides. I cannot make a decision on all Norwegian youth in churches based on one brief encounter, but I sensed that this church, despite the service being undecipherable, with some ceremonial parts quite alien to me, was open and friendly, and felt like a welcoming place.

The congregants in Alta belonged to that community,

and whatever ‘ceremony’ gave them a sense of unity as they participated in it, is the same as the ‘ceremony’ we perform in our church in Belfast; even though we like to think that we are non-liturgical, we do have a choreographed service – just in a different way… in the worship team I receive the order of service email every week.

When we travelled further north on the ship around the North Cape to Honningsvåg, we discovered another little church, much older, that was truly a centre of the community: after the retreating Nazis evacuated the town and burnt it to the ground before the Soviets arrived, the only building they left was the church. Maybe they still had some sense of reverence for ‘holy’ things! The townspeople elected to allow able men to occupy the church and live there until they managed to rebuild it and they all could return. Today it is a warm and welcoming community in the far reaches of the snowbound land. 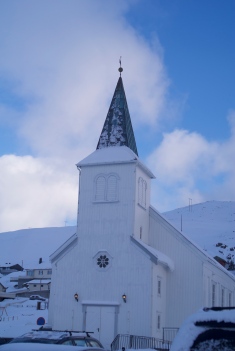 The church in Honningsvåg 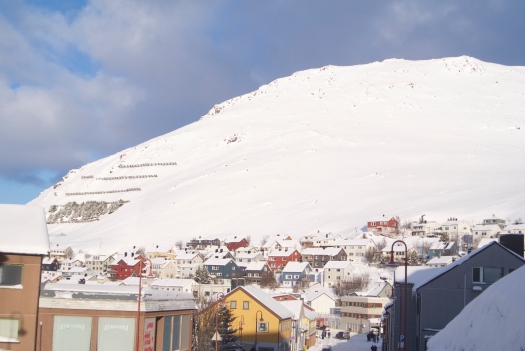 My participation in these places, so far apart yet so closely linked by the congruence of communal experience, has helped to cement in me that feeling that we do share a common faith in Jesus. Whatever doctrinal, liturgical or musical differences we may have (I didn’t recognise a single hymnal tune in Alta), what we do have are the uniting and binding hands of love and grace that were nailed to that cross.

I pray also for those who will believe in me through their message,  that all of them may be one, Father, just as you are in me and I am in you. May they also be in us so that the world may believe that you have sent me.  I have given them the glory that you gave me, that they may be one as we are one—  I in them and you in me—so that they may be brought to complete unity. Then the world will know that you sent me and have loved them even as you have loved me.

The Words of Todd

Personal thoughts of an aspiring author